Periodontal Disease: How to get rid of it?

Home » Blog » Disease » Periodontal Disease: How to get rid of it?
Request an Appointment!

Periodontal or gum disease is a kind of oral disease caused by a build-up of plaque in your gums. Plaque is a sticky colorless film of bacteria that forms on our gums and teeth. It is usually the main cause of cavities and gum disease and hardens into tartar if you are not brushing your teeth properly. 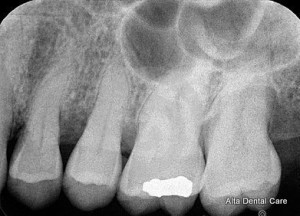 If plaque is not removed, your gums will become irritated and inflamed. Your irritated gums will then separate from your tooth and will form the space in between which is known as the periodontal pockets. These pockets will become vulnerable to bacteria due to the build-up that is prone to infection. Bacteria from the plaque build-up will move into the periodontal pockets and will cause irritation and inflammation of your gums. If its left untreated, the bacteria will continue attacking the bone and tooth supporting structures that will eventually result to tooth loss.

How do I find out if I am suffering from gum disease?

Gum disease doesn’t often manifest its symptoms until it is in its advanced stage of the disease. Here are some signs you need to look out for:

If you’re experiencing any of the symptoms above, consult your periodontist immediately to treat gum disease at its current condition.

How to get rid of gum disease?

There are numerous treatments in the market for treating gum disease. These treatments usually range from non-surgical therapies to prevent bacteria growth and also to restore the health of your gums:

Here are treatments for gum disease that doesn’t involve surgery:

Treatments for gum disease that involves surgery are as follows:

We all deserve the best kind of dental care to achieve the smile of our dreams! If you are aspiring to transform the health and beauty of your smile, your trusted dentist in Upland CA,